Italy Steps up its Tech Game 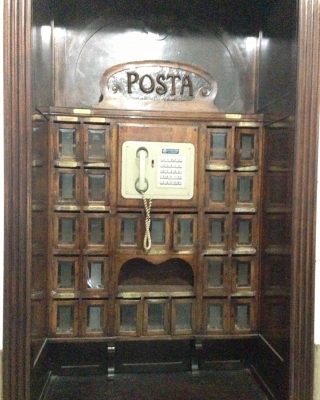 Italy is a country where people still talk face to face, are not glued all day to their cell phones, and are more concerned with the quality of their food than the quality of their broadband internet.  It is anything but high tech.  However, there have been a number of recent efforts to usher in high tech solutions to various problems, benefitting citizens, the environment, and upping Italy’s less than stellar tech savvy.

For decades, car owners in Italy have had to register their cars using a cumbersome paper process.  Nearly 300,000 car owners in Italy spend approximately 15 million euros per year in order to replace lost or stolen certificates.  Enter the new electronic process.  Starting this October, purchases and transfers of car ownership no longer need paper documentation, just a code that corresponds to a website verifying the status of the car.  With about 50,000 new registrations made every day (totaling up to 11 million per year), this new electronic process not only brings Italy into the modern tech era, but is also friendly to the environment, saving nearly 30 million sheets of paper every year. Brava Italia!

Another charged issue relating to automobiles in Italy, which many of us have unfortunately encountered, is the restricted traffic zones in many cities.  The historic centers of most Italian cities are off limits to normal traffic.  Inside the “ZTL- Zona Trafico Limitato” or Restricted Traffic Zone, only residents, taxis, and commercial vehicles are allowed to enter, making it confusing for out of towners who see vehicles passing through these restricted zones.  This process is more well regulated in some cities than others, but is often confusing to tourists and visitors (even Italians from other areas), who receive tickets after inadvertently driving in a ZTL.   Many Italian cities are implementing new sensor fencing which will allow the passing of permitted cars and busses to historic centers.  Hopefully the new electronic fencing will curtail the confusion, but we remind you all to always be mindful of traffic signs when driving in Italy!

From the roads to the water, a new effort to monitor Italy’s environmental conditions is being met with a high tech solution.  Last week, a team from Enea, the Italian National Institute for New Technologies, and Rome's University of Tor Vergata, presented a new system of submarine drones built into robotic fish that will to monitor water depths and pollution levels, and protect Venice from high tides.  The “Venus Swarm” project is comprised of "several cooperative and coordinated vehicles and is the result of years of laboratory studies of robotics," reported Enea spokesperson Vincenzo Nanni.  He explains the research focused on imitating aggregation patterns in animals, using group intelligence properties to develop the robotic fish.  Each robot is made up of a submarine wireless system that uses light and sound to communicate.  These high tech swimmers can be employed in schools of dozens, in order to monitor oil platforms, pipelines and ports, as well as manage migratory flows, protect marine biodiversity, and monitor pollution levels. The project was presented at Venice’s Expo and is still under review whether or not it will be implemented. Swimming with the fishes, as they say, may be more beneficial than we think!

In an even more unusual application of technology, researchers at the University of Pisa Hospital have developed a hi-tech sweatshirt that monitors depression.

Psychologists, along with the Enrico Piaggio Bioengineering research group, both from Pisa University, have created a sweatshirt that monitors various physiological markers of depression.  The project, which is financed by the European Commission, will monitor physiological parameters such as heart rate and breathing in order to monitor both systems and treatment of clinical depression.  The project will study the effect of ‘mindfulness,’ a meditative technique being used in the latest generation of cognitive behavioral therapies.

Along with these projects, Italy is making other more straightforward advances in technology, including free wi-fi in city centers and installing fiber optic cables for faster and more reliable internet.

Whether its monitoring the waters in Venice with robotic fish, studying depression through wearable technology, or providing free wi-fi zones for visitors, Italy is certainly stepping up its high tech offerings.  We only hope it will continue to keep its old world charm.