June 2021: ITALY IS OPEN FOR USA TRAVELERS without QUARANTINE ON COVID TESTED FLIGHTS

ITALY is Now open for American travelers to visit without quarantine when taking a COVID tested flight.

When Should I Start Planning a Trip to Italy?

I have a newsflash for North American travelers dreaming of an upcoming trip to Italy: if you’re not careful, the Brits are going to beat you to the best rooms and villas. There are a lot of questions that I often see about when to book certain parts of your Italian vacation, so let’s unpack to most important ones: when should you book?

Italian Skiing and Mountain Cuisine: A Match Made in Heaven

Located where Italy fades into Austria and Switzerland, Italy’s ski valleys have a layered history that today is often best expressed in their food.

In the past, for decades at a time, these secluded valleys remained insulated from other cultures—even those just one mountain away. But as the World Wars changed boundary lines of many European countries, areas that were once Austria because Italian overnight.

Originally, these lodges served hikers crossing over the mountains in the summer months, serving simple food included in the cost of a night’s stay. But as technology advanced and the Alps and Dolomites became predominantly ski destinations, the cuisine changed to echo the well-heeled visitors.

Today, the mountains have enough Michelin stars to make most major cities blush. You’re just as likely to indulge in peacock ravioli with pioppini mushrooms and goose liver with roasted pumpkin, mugo pine meringue, liver terrine and candied kumquats as a simple plate of mountain cheese and cured speck.

Food and the rifugi themselves typically center around a well-tended wood stove or grill, so sausages, filling steaks, and even wild venison, feature heavily in the evening menus. And, as you’d expect with the chilly weather, soups play an integral part in the local cuisine, especially hearty beef stews reminiscent of the goulash of the Austrio-Hungarian.

My favorite picks are Baita (a local name for rifugi) Fraina and Da Aurelio.
in Italy 1897 0 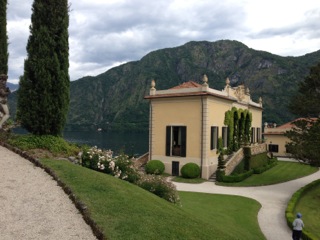